Why Write in the Age of Typing? Writing has been with us for thousands of years. In fact, we have been creating a myriad of forms of writing throughout history, ranging from the complex caligraphy of ancient civilizations to the cutting-edge pen technologies of the modern world. These creations, fueled by brilliant minds and ideas, are the epitome of human invention, the discovery of new ways to do similar tasks. However, at the same time. we have seen breakthroughs that replace tasks themselves. Jobs are being replaced by machines and robots. DVDs replaced by streams. Encyclopedias by Wikipedia. Photographs by digital pictures. And as for writing, pens and pencils are being replaced by keyboards.

The popularity of typing has been rising relentlessly ever since the invention of the typewriter--and later, the computer. And as the world becomes more and more digitalized, people, from students to CEOs, turn towards typing as a faster, more efficient option of communication. Although these inventions are not necessarily bad, but in fact generally good for society, they have made writing much less popular, with an Guardian article claiming technology has caused children problems holding a pen. However, despite being slower and more arduous, writing has not completely lost its ground in this digitalized world, with many deciding to choose it over its mechanized counterpart as a means of communication. In fact, writing itself provides multiple advantageous that typing does not. Here are 3 reasons why despite the invention of the much faster, and more efficient keyboard, writing is still very much significant in the world today.

1. Writing by hand has been proven to be generally better than typing for taking notes. Researches at Princeton University and UCLA have found that taking notes in a notebook makes it easier for people to memorize and understand information.

2. Writing also stimulates ideas and creativity. Moreover, it can be accompanied with hand-drawn pictures or graphs that complement the writing. Novelist Jon Gregor says, ""Pen and paper is always to hand. An idea or phrase can be grabbed and worked at while it's fresh. Writing on the page stays on the page, with its scribbles and rewrites and long arrows suggesting a sentence or paragraph be moved, and can be looked over and reconsidered. Writing on the screen is far more ephemeral – a sentence deleted can't be reconsidered. Also, you know, the internet."

3. Last, but not least, writing by hand is one that best conveys one's feelings. Whether it be writing letters or gift cards, writing with one's own hand writing is perhaps the best depiction of what that person is feeling.

Writing is part of human nature. Despite our fascinating inventions, writing is, and will still be, part of our everyday lives. 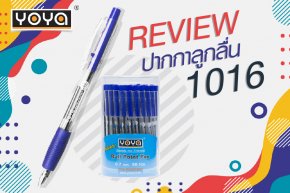 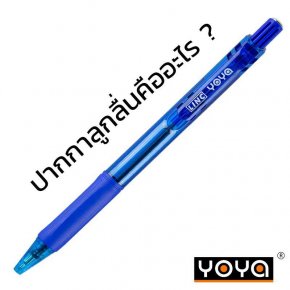